Understanding the Relativistic Dirac Equation for a Free Particle 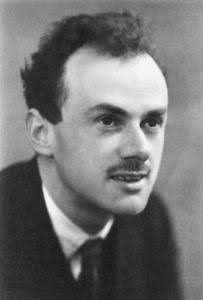 This relates a particle’s rest mass (\({m_0}\), which we will call \({m}\) from here on out), momentum, and total energy. This equation sets time and space coordinates on equal footing (a requirement for Lorentz invariance), and is a suitable starting point for developing a relativistic quantum mechanics. Now, when we derive non-relativistic quantum mechanics (the Schrödinger equation) we make use of the correspondence principle and replace classical momentum and energy with their quantum mechanical operators
\(E \rightarrow i\hbar \frac{\partial}{\partial t} \ \ \ \ \ (2)\)

It would make sense then, to extend this idea and substitute the operators into the relativistic energy-momentum expression. Doing so gives

which reduces to (and is more commonly seen as)

But this gets quite complicated. Moreover, to be soluble we have to truncate at some point, and any truncation will destroy our Lorentz invariance. So we must look elsewhere to solve this problem. Dirac’s insight was to go back to the argument of the square root operator and assume that it could be written as a perfect square. In other words, determine \({\mathbf{\alpha}}\) and \({\beta}\) such that
\(\mathbf{p}^2 + m^2c^2 = \left(\mathbf{\alpha} \cdot \mathbf{p} + \beta m c\right)^2 \ \ \ \ \ (9)\)

Well, while it might seem like these would work, unfortunately, we have to include the identity. Because the identity commutes with all of the rank-2 matrices, we will never get the proper commutation relations to satisfy the constraints above. So we must look to a higher rank. It turns out that the lowest rank that satisfies the Dirac equation constraints is the set of rank-4 unitary matrices
\(\alpha_k = \begin{bmatrix} \mathbf{0}_2 & \sigma_k \\ \sigma_k & \mathbf{0}_2 \end{bmatrix}, k = x,y,z \ \ \ \ \ (16)\)

A few notes before we wrap things up here. First, these matrices are by no means unique. This representation of the \({\alpha}\) matrices is known as the standard representation. Any other representation is just a similarity transformation away! For example, another representation is known as the Weyl representation. We also got the matrices purely by mathematical means. The use of Pauli matrices surely hints at a connection to spin. In the words of Dirac (1928): The \({\alpha}\)’s are new dynamical variables which it is necessary to introduce in order to satisfy the conditions of the problem. They may be regarded as describing some internal motions of the electron, which for most purposes may be taken as the spin of the electron postulated in previous theories’’. You’ll also note that the \({\alpha}\)’s are connected to the momentum operator, which suggests a coupling between spin and momentum. As for the \({\beta}\), it can be interpreted as the inverse of the Lorentz \({\gamma}\) factor in special relativity. Finally, you will also see that the solutions to the equation (which we haven’t solved yet) will be rank-4. The wave function will be rank-4 as well, leading to four-component methods. Single electron wave functions of this type are known as 4-spinors’’. (Spinor is the relativistic analog to orbital.)